Clicking Jaw: When Should You Be Concerned?

Have you noticed a clicking, popping, or grating sound when you open or close your jaw? As many as 36 million U.S. adults experience this phenomenon in one or both of the joints that connect the lower jaw (mandible) to the skull.

While the sounds may be disconcerting, there’s generally no cause for concern in the absence of other symptoms. They’re most likely caused by a harmless shift in the position of the disk inside each temporomandibular (jaw) joint, and it can diminish or disappear entirely over time. But, if you’re also experiencing persistent discomfort, severe pain, or limited function in your jaw (which can include getting it “stuck” in an opened or closed position), then you may be suffering from a temporomandibular joint disorder — part of a complex set of conditions affecting one or both jaw joints, muscles and/or other surrounding tissues. (You may have heard the condition called TMJ, which is actually the abbreviation for the temporomandibular joint itself. Health care professionals prefer TMJD or TMD.)

Depending on the severity, TMD can interfere with your ability to speak, chew and even make facial expressions. The cause is unclear, but genes, gender, environment, stress and behavior are believed to play a role. It can also be symptomatic of a larger medical problem, such as fibromyalgia, which can produce pain all over the body.

TMD traditionally was viewed as a bite problem (malocclusion) requiring mechanical correction — e.g., through orthodontic braces or surgery. But the current therapeutic model approaches TMD as an orthopedic problem (joint inflammation, muscle soreness, strained tendons and ligaments, and disk damage) and favors a sequence of conservative, reversible procedures — hot or cold compresses in the jaw area, soft foods, physical therapy/massage, medication, and/or a bite guard to decrease pressure on jaw joints from tooth clenching and grinding — prior to more aggressive, irreversible treatment alternatives. 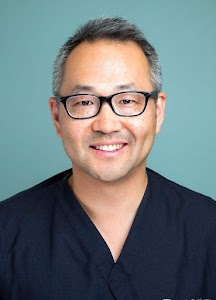 Taylor McKibbens
19:10 22 Oct 18
After searching for an oral surgeon for about 5 years, I honestly believe that God directed me to this amazing practice! Dr. Cho and his awesome team made my wisdom teeth extraction surgery such a pleasurable one. I'd do it all again because they're that great. I HIGHLY recommend this practice to everyone. Just exceptional!

Ron W
14:29 18 Sep 18
Dr Cho is a great dentist. Virtually painless, that is a blggie for me, fast, technically proficient. He does a great job and I am always surprised at how quickly I am done. But where he really stands out is his great personality, his great “chair side manner.” Honestly I absolutely love the whole dental office, I wouldn’t want to go anywhere else.

Sara Goede
02:24 05 Jun 18
What a wonderful experience. Dr Cho took care of a unique situation with my son and removed both my kids’ wisdom teeth. Kellie is awesome as well as well as the entire staff. Thank you for easing my mind and just being all around terrific.

Greg Sharpton
14:43 31 Aug 18
Dr Cho and staff were very professional and made the dental inplant process a breeze !! I would highly recommend them for all your oral surgery needs !! Office manager Kelli took care of all insurance and payment questions making the entire process hassle free !! Thanks. Greg Sharpton

Lori Bell
12:39 18 Feb 19
My son had oral surgery on Saturday and they treated him as if he was one of their own. Profession and caring, something that is often lacking these days. Amazing staff! Thank you for taking such great care of my young man and for checking in on him. I highly recommend the staff at Oral Surgery of West Cobb.

Destiny Nieves
22:23 04 May 19
😁😁😁 Scheduling is easy and simple. I got mine done today on a Saturday because I'm off Sundays and Mondays and can rest. If you are afraid of dentist, come here! Because afterwards you won't be! I had an amazing experience. The staff was friendly and caring. I had IV sedation to get all 4 wisdom teeth removed. Dr.Cho is personable and funny. Everything was explained to me upfront. After that IV was in, next thing I know I was out cold. I woke up and didn't feel much pain at all and very little swelling. I have Aetna so much of the procedure was covered. I only had to pay about $600 out of pocket. If I could give them 10 stars I would. And they're not pushy about anything. Thank you for making this experience relatively easy.

Yangbo Hu
14:32 19 May 19
I got my two teeth implanted two weeks ago. The whole process only took 50 minutes. During the whole process, Doctor Cho kept checking on me and made sure I was okay. He is really awesome guy and I am happy to find him to do my implant. High recommended!!!

Nick Hurst
00:41 29 Jul 19
I can't say enough about Dr. Cho and his staff. I had my wisdom teeth removed yesterday, one of which was severely impacted. As the surgery approached, I was a bit nervous, but this was a phenomenal experience. I was treated extremely well, with a full understanding of what was happening and what would need to happen after. Everyone was so kind and sincere and helped me with any question or concern I had; I even received a person call from Dr.Cho tonight to check in on me and make sure all was well. This is as good as it gets, if you or someone you know is having extraction surgery, SEND THEM HERE.

Kara Haag
18:37 06 Sep 19
I can't rave about this practice enough! My daughter had her wisdom teeth pulled by Dr. Cho and his team. Everyone here is great and have the best bedside manner. Dr. Cho personally called to follow up and make sure my daughter was doing okay after the surgery. The follow up call was on a Sunday after her Saturday surgery. You don't find this level of care anymore. I would highly recommend Dr. Cho and this practice.

Kenneth Lenz
19:16 19 Jan 20
Surgeon was excellent, procedure was fast and painless. Dr Cho and his staff was friendly, helpful. Price was half of what previous surgeon quoted me and completed the surgery after only one week, I waited 2 months to hear back from the surgeon I was referred to by my dentist.
See All Reviews
Schedule an Appointment
View Our Reviews